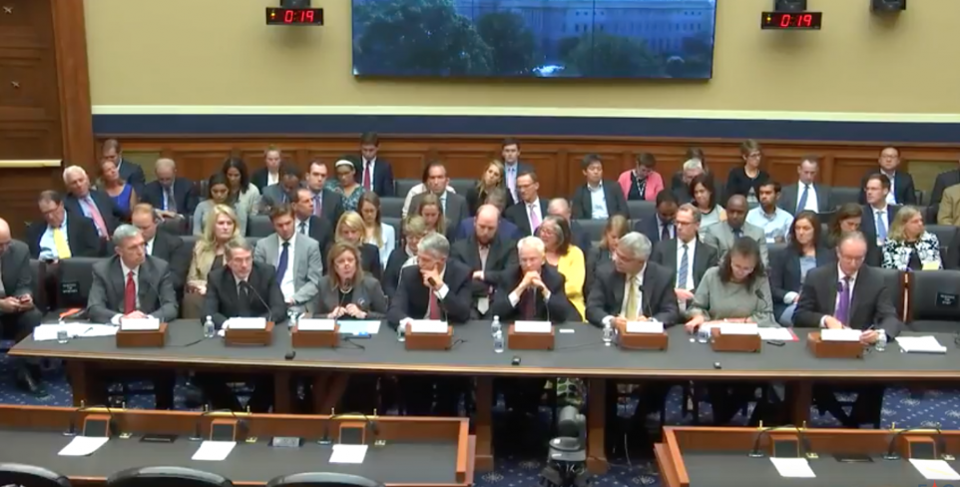 If his goal was to stimulate a conversation with a rapid approach to concluding action, Energy Secretary Rick Perry has scored a victory with his recently proposed Grid Resiliency Pricing Rule.

During the past couple of weeks, the insular world of energy policy wonks has talked of little else, numerous congressional hearings have been held to gather the views of selected stakeholders, dozens of critical articles have been published, a detailed request for comments that address specific questions has been published and a broad coalition of opponents has formally filed an objecting motion.

On the 11th calendar day after Perry published his proposal to the Federal Energy Regulatory Commission (FERC), the Federal Register published the Grid Resiliency Pricing Rule. Comments will close on November 24 and the final action will be taken by December 11.

The rule as published in the Federal Register explicitly states that action should be taken “before the winter heating season begins so as to prevent the potential failure of the grid from the loss of fuel-secure generation–as almost happened during the 2014 Polar Vortex.”

Many of the forces that oppose the rule are focused on slowing the process in hopes that action can be delayed long enough to force a few more baseload power plants to retire prematurely.

Some energy business observers wrote that they were taken by surprise when solar and wind industry trade groups plus the American Council on Renewable Energy (ACORE) joined the American Petroleum Institute, the Interstate Natural Gas Association of America and the Natural Gas Supply Association to file a motion opposing the rule and the proposed action timetable.

All of those groups have a vested interest in continuing efforts to push coal and nuclear power plants to retire as soon as possible. They need those large power suppliers to leave the competitive market.

Their departure will give the survivors room to grow and to restore profitable pricing. No one is making any money at today’s electricity prices, but wind, solar and natural gas have more options to reduce overhead than their less nimble competitors. That gives them a longer runway with a greater ability to endure destructive pricing.

Natural gas, with its just in time fuel delivery model, its low capital cost and high operational cost concentration on fuel recognizes that it is a naturally flexible partner with wildly varying wind and solar generators.

Fuel cost can represent 75-90% of the total cost of operating a natural gas power plant. Nearly all operational expenditures disappear when the plant shuts down. That is the logical, cost reduction step to take if it stops selling power because the sun is shining, the wind is blowing or both happen at the same time.

Gas plants can make up for lost sales when the wind dies, the sun sets or both as long as power prices rise to reflect supply constraints. That can’t happen if too much of the demand is being met by steadily operating, reliable power plants whose fuel costs are not subjected to rapid changes in market price.

Low fuel cost plants like coal and nuclear [especially] can produce large amounts of electricity for nearly the same total cost as producing small amounts or not producing power at all.

Stated in conventional economic terms, the marginal cost of their next kilowatt-hour is at or close to zero, though they also have an unavoidable minimum cost of doing business. In both cases, the minimum cost has been drive up in recent years by targeted regulatory demands.

In order for them to be economic assets worth maintaining – by corporate owners that must deliver profits – they need to be able to sell all of the power they can produce while running as many hours of the year as possible.

Why Are Electricity And Gas Prices Low?

Electricity demand has not grown much since the Great Recession of 2008, but one of the major components of the American Recovery and Reinvestment Act (ARRA) was an expenditure of more than $25 billion dollars to stimulate the construction of new electricity generating plants powered by the wind and the sun.

Because it is a vapor at atmospheric pressure and temperature, methane (the largest component of the product marketed in the U.S. as “natural gas”) takes up a lot of space. It is almost as difficult to store as electricity so supply and demand need to be fairly closely matched, especially over the course of a year.

If there is too much supply, prices fall to encourage more use and to attract new markets. The logical response to excessively low gas prices should have also included efforts to slow drilling and reduce production, but there have been several factors that led to continued supply increases.

Drillers are heavily leveraged and often willing to produce more gas in an effort to generate enough revenue to pay minimum payments.

Some of the land that has been accumulated for gas production is leased with specific timetables for drilling in order to maintain the lease.

A fair portion of the gas production in the U.S. is known as associated gas; it is produced as a byproduct of oil drilling. If oil sales cover all of the costs of drilling and production, gas can be economically flared. That practice isn’t environmentally sound and is discouraged, but that means that the producers can sell at almost any price above zero and still book a profit.

Despite the dramatic drop in world oil prices that began in 2014, many drillers have not seen any reduction in their Reserves-Based Loan (RBL) lines of credit. Laura Freeman, a consultant in reservoir engineering and finance, recently published a detailed investigation of this unusual state of affairs.

It’s a lengthy and esoteric argument with some amount of math involved. Here is her conclusion.

By artificially inflating borrowing bases and then changing the rules, lenders are propping up companies and saving them from financial distress and-in many cases-probably bankruptcy. It also keeps banks from realizing enormous losses. However, it creates artificial market dynamics and prevents the corrections that should have been seen with huge over-leveraging followed by price collapse.
…
how long can the shell game last and who’s going to get caught out in the open?

The electricity market is attractive for gas suppliers because most generators will continue buying even if prices increase dramatically – at least over the short to medium term.

Representative Green from Texas made this goal clear during an October 5 hearing with groups that claim to represent consumer interests. “Obviously, we’d like to sell you more natural gas.”

At some point, demand will equal and then exceed the available supply. That will cause prices to recover. Historically, gas prices in competitive markets can rise more rapidly than they have fallen. Here is a graph of the monthly variation in natural gas prices for the past 20 years at the most commonly cited trading point in the U.S.

Suppliers Are United. What Should Consumers Think?

Though many of the invited witnesses have predicted that creating a cost of service-based tariff for power generation sources that can meet certain resiliency-related criteria will be detrimental to consumers, that opinion is in direct contrast to a recently released study by IHS Markit.

As an experienced and widely diversified energy consulting company with an interest in every imaginable fuel source, IHS Markit released a study in September 2017 titled Ensuring Resilient and Efficient Electricity Generation: The value of the current diverse US power supply portfolio.

That study found that the current portfolio produced the following consumer-friendly results.

It appears that consumers should align with those who are attempting to maintain numerous supply options in the electricity market. A destructive, winner take all competition is not in the customer’s best interest even if market worshipers claim that price increases are merely signals to increase supply or reduce demand.

Energy prices and electricity reliability are important enough to the overall health of the economy that they should not be left solely to the biased decision making of a market whose structure was initially influenced heavily by Enron executives.