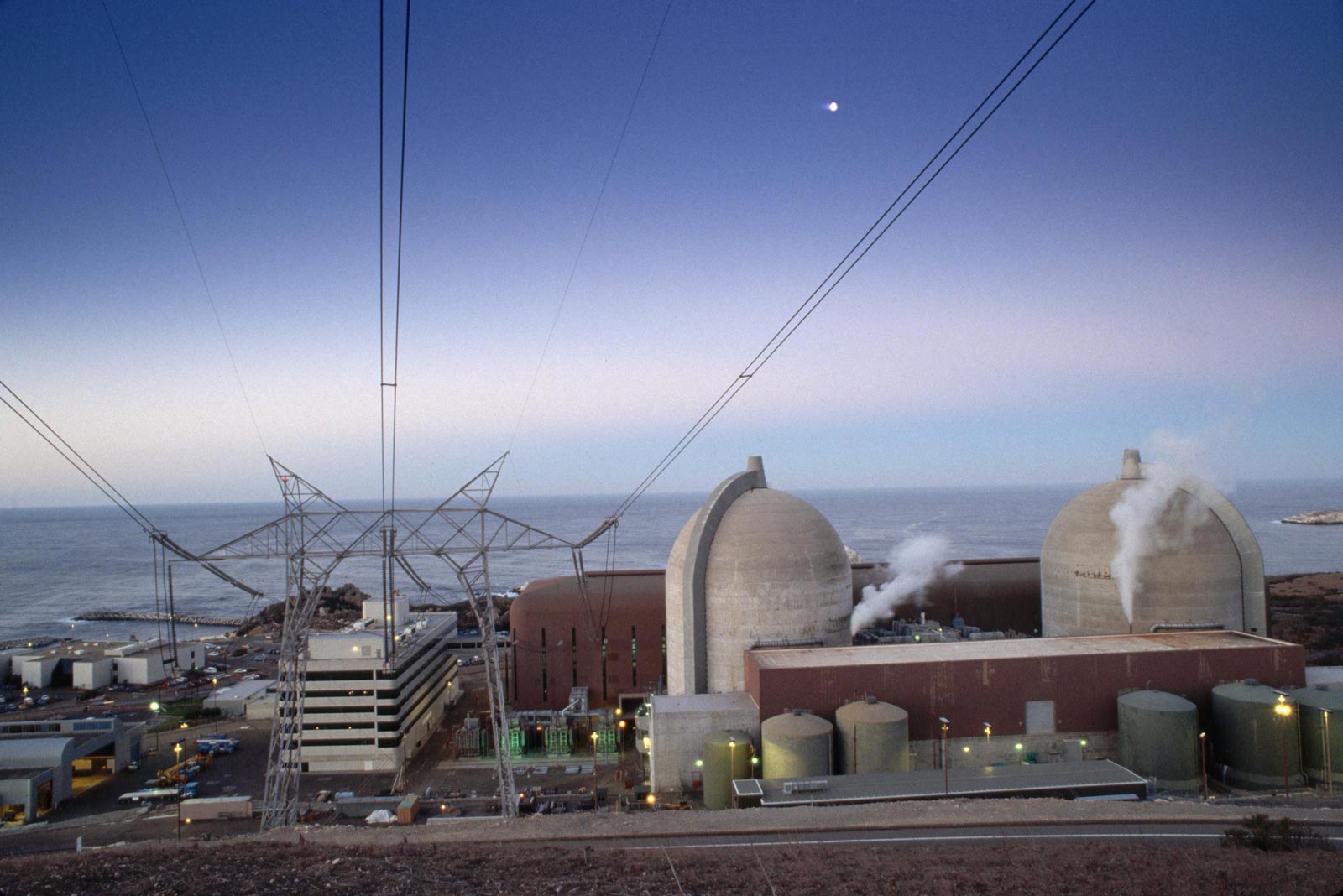 Diablo Canyon has friends that value its clean electricity 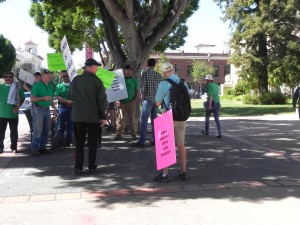 On March 17, 2016 a group of sign-carrying, green tee shirt clad people gathered in downtown San Luis Obispo to show their support for the continued operation of the Diablo Canyon Nuclear Power Station. Organized by Californians for Green Nuclear Power and Friends of Diablo Canyon, the event was covered by reporters from several local media outlets including the SLO Tribune, KSBY TV-6, the SLO New Times and KCEC AM 920.

Though the group numbered about 20 at any one time, Gene Nelson, one of the organizers and participants, told me that between 40-50 people attended at least part of the 2 hour rally. Participants gathered at one of the busiest intersections in the town and asked for passers by to honk to express their support. There were apparently lots of honks.

The rally gave concerned citizens an opportunity to talk with reporters and to explain some of the obstacles and additional burdens that are being imposed to discourage its owner from continuing to operate the plant.
Even though the plant’s operating licenses are are valid until 2024 and 2025, the first hurdle that can be used to add costs is the expiration of two leases for coastal land from the California Land Commission. In California, the state owns the land up to the high water mark. 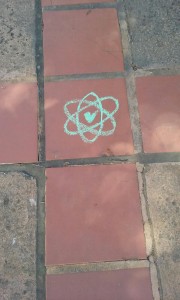 The cooling water intake and discharge structures are located on tidal land, so PG&E had to enter into lease agreements with the state. The maximum length of a coastal land lease is 49 years. Because Diablo Canyon’s construction took more than a dozen years, the initial leases will expire several years before the end of the power plant’s 40 year NRC operating license.

Coastal land leases can be renewed, but the process gives the state an opportunity for new demands. It is well within the realm of possibility that the state will ask for a new environmental impact report as a condition of the lease. The process will be costly and adds a small amount of uncertainty about the continued operation of the plant, even before it’s current operating licenses expire.

Another looming financial risk is the implementation of rules associated with the existing once-through-cooling system. Even though the plant’s heat sink is the largest ocean on the planet, there are people who believe that the waste heat discharged from the plant has a harmful impact on the local environment.

Knowing a little bit about biology and ecology, my assumption is that there was a significant change in the immediate vicinity of the intake and discharge pipes when the plant began operating. During the past 30 years of operations, affected plants and animals have adapted to the current conditions. According to sources that live in the area, local commercial fishermen like the existence of the plant and recognize that its impact on the environment is minimal. It’s attractive to some species and not so attractive to others, but the population has adjusted well over the decades. 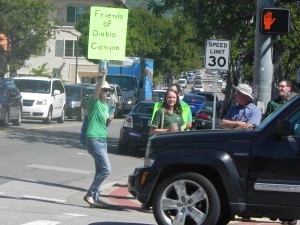 Cooling towers, often thought of as the “best available technology” to address once through cooling are not without their own environmental impacts. Cooling towers are massive construction projects, requiring the input of a great deal of steel and concrete. They occupy land that would otherwise be available for habitat. Installation would require the plant to be shut down for an extended period of time; large quantities of hydrocarbons would have to be burned to replace the reliable electricity output. There are even local weather impacts associated with cooling towers; coastal California towns have enough foggy days already without assistance from evaporative cooling towers.

From the consumer point of view, cooling towers would add a substantial cost that must be repaid within a relatively short operating period compared to towers installed during initial construction. They would most likely reduce the plant’s power output because the heat sink temperature would be higher than available from cold ocean water and because there would be additional pumps and fans that add to the plant’s house load.

It’s important for people who want to encourage nuclear plants to continue operating and also want more plants to be built to get out into public and express their opinions. We have allowed the opposition nearly free rein for far too many years. Congratulations to all who attended the rally.

If you care about California and favor the continued use of nuclear energy, please visit Save Diablo Canyon and sign up for campaign updates. If you want to write letters but prefer to begin with a sample, please contact me directly and I can send you one or more of various formats for letters to the Lands Commission, the Governor, the Lieutenant Governor, and even a letter designed to be a useful start for children who are interested in action.